Today I have a lot of beautiful pictures to share with you: I woke up at 4:30 am to watch the sunrise at Ogasawara Mountain Overlook (via train to Zushan Station). Then I walked for hours in the National Park to see all the touristic sites mentioned on the map. I can say that Alishan really is very beautiful.

To watch the sunset, one can take a train from Alishan Station to Zushan Station (or walk, but at such early time I prefer a train). Even though today was Friday morning and most visitors come here Friday afternoon / Saturday, there were many people queuing for the train. One can buy the tickets directly at the train station, I bought them half an hour before the train departure, but one can also buy them on the day before to save time. One way ticket was 100 NTD. The train departure time varies according to sunrise times. Ask at the visitor center for the exact time if you want to take the train. Even though I had been 30 minutes before the departure time (5:20), I didn’t get into the first train. Instead I had to wait a few more minutes for a second train which we also managed to fill. At our arrival at the viewing area, I was worried that we are too late: It was already bright. But the sun had not appeared yet over the mountains. So I used the time until sunrise to quickly walk to Ogasawara viewing platform. The thing is that the platform right at the train station gets really crowded. At the other platform, 10 minutes walking from the train station, the crowd was much thinner. There I even had a few minutes waiting time until the sun finally came out. The sunrise itself happened really quickly. 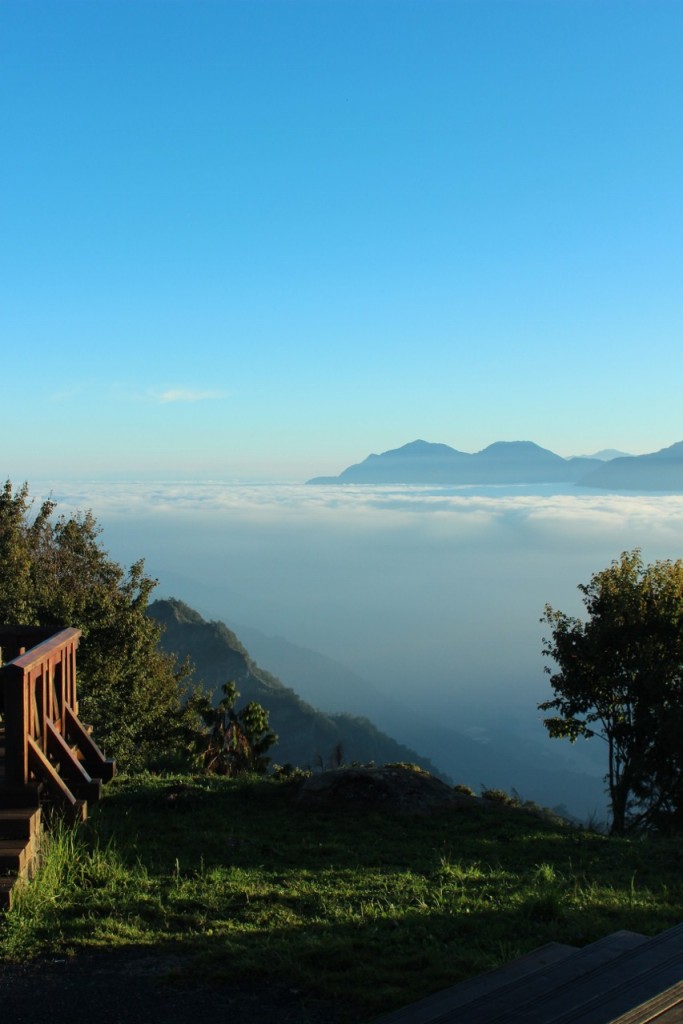 Most tourists then went back by train or started walking downhill. Within minutes the area was nearly deserted. I took a bit more time and bought a snack for breakfast.

While eating my snack, two girls started talking to me. It was a Taiwanese girl who did a trip around Taiwan with her friend from Mexico. They asked me if I would like to walk together with them and I was happy to accept. So we started a walk through most of the Forest Recreation Area. At noon, I arrived back at my hotel. I was so exhausted that I took a nap. The afternoon I spend writing postcards, sorting through my pictures and writing this blog post. I will go to bed early today and try to sleep long. 🙂

Many beautiful giant trees:
In the past, large trees were harvested to produce timber. Large tree stumps remain to show how huge those trees were. Now the remaining giant trees are of course protected. From what I read on signs, the trees are between 800 up to around 2000 years old!

This tree is amazing! Can you see how the roots are intertwined? And there are even large rocks in between the roots!

This is the “Four sisters” tree. It is special, because four small trees grew so close to each other on an old tree stump. Normally, if trees grow so close together, one dominates and for instance takes away the light from the others. In this case they grew together and even share bark.

On the following picture you can see the “Elder Sister Pond”. Why elder sister? Well because there is also a smaller pond called “Younger Sister Pond”. According to legend, once there were two sisters in love with the same man. But because they also felt much for the other sister, they did not see a way out. Therefore they decided to end their lives by each jumping in one of the ponds. 😦 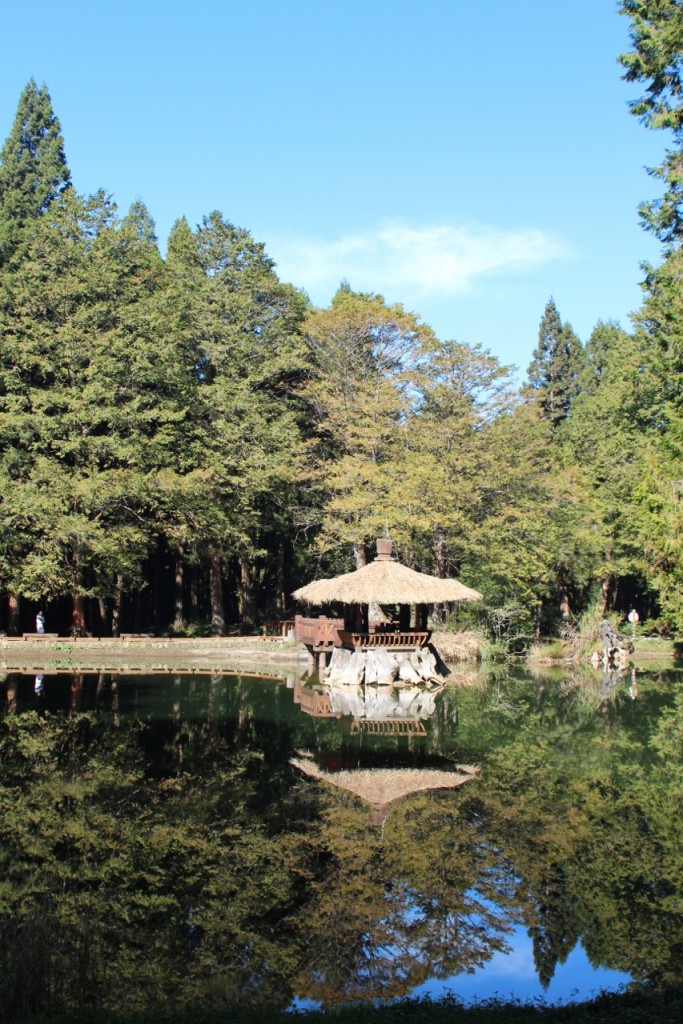 Beautiful sight of sunbeams breaking through the trees: 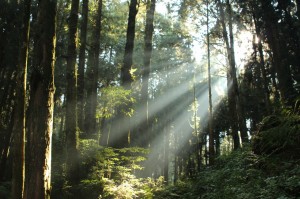 I am currently on a trip sponsored by the Youth Trekker Wanted Campaign. As part of this campaign, young people from around the world get to travel Taiwan with a budget from the organizers. In return, we write daily blog posts during our trips. While I therefore not have to pay for this trip, what I write in this blog is my own, true opinion. For more information on the activity, check http://youthtravel.tw/youthtrekker/. I am also posting my blog entries on an official activity blog here.